Close of TED: The 5 best ideas worth spreading 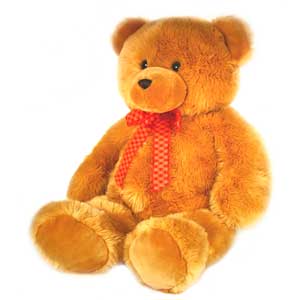 At the end, TED seems different

The motto of the TED conference, where I’ve spent the last few days, is “ideas worth spreading.” It was a mixed bag: sometimes brilliant, certainly eclectic, stylish, but aesthetically intellectual rather than heavyweight. I think that was the intention, too. The final session today combined speeches from a Benedictine monk, an orchestra conductor, a management theorist and art curator Daniel Birnbaum. If that sounds like the type of mix that might be tricky to get your head round, so it was — a mix of unusual ideas and sometimes unsatisfying lack of synthesis that seems to be what TED is aiming for; flashes of the future, not frameworks. That said it was certainly the most varied, most stimulating and most professionally produced conference I can remember.

The format remains counter-intuitive. In an era in which many fashionable ideas gatherings lean towards the “un-conference” format, and spout platitudes about the “group formerly known as the audience”, this was clinically scripted stuff. One opportunity for questions (largely taken up by audience praise for the conference itself), no audience interaction, no over-running of speeches, no walking into the auditorium during speeches, no laptops, and no phones. In the end this seemed a strength – a welcome strain of authoritarianism, which even the super-liberated TEDsters seemed to enjoy.

So what were the ideas? Paul Romer I mentioned yesterday; a genuinely arresting and divisive thought. Of the rest, the 5 that most caught my eye were:

Parag Khanna (recently seen in Prospect with an essay on China) did a potted version of parts of his book Second World, complete with stunning visuals. His best point was about how migration from China into Siberian Russia is creating a greater China (with 6m Russians and many more Han Chinese immigrants) struck me in particular. Evgeny Morozy, a Belarussian internet expert who blogs at Foreign Policy magazine, injected a healthy dose of techno scepticism into the second day, arguing convincingly that electronic networks are generally a boon for repressive regimes, and taking on what he called “iPod Liberalism”. Economist Loretta Noleoni gave an intriguing insight into the way in which terror groups tend to be defined not by ideology, but by the requirement to raise funds to plan…

A pint with Mr Wetherspoon, the wisdom of Clive James, inside the new arms race. Plus: Margaret Atwood on priceless presents, and the new ideas for 2020

The Union is already sacrificed on the altar of Brexit

Judges in the dock: the inside story of the battle for Britain's courts

I'll tell you, and you'll listen: the one thing successful opposition leaders all have in common

As a teenager, I wish there had been "ordinary" queer couples on TV

In backing the Withdrawal Agreement Bill, MPs committed the most reckless act of self-sabotage in recent British history

What Westminster gets wrong about social mobility

Progressives: things may not be as hopeless as you think

Six reasons why the Left need not despair